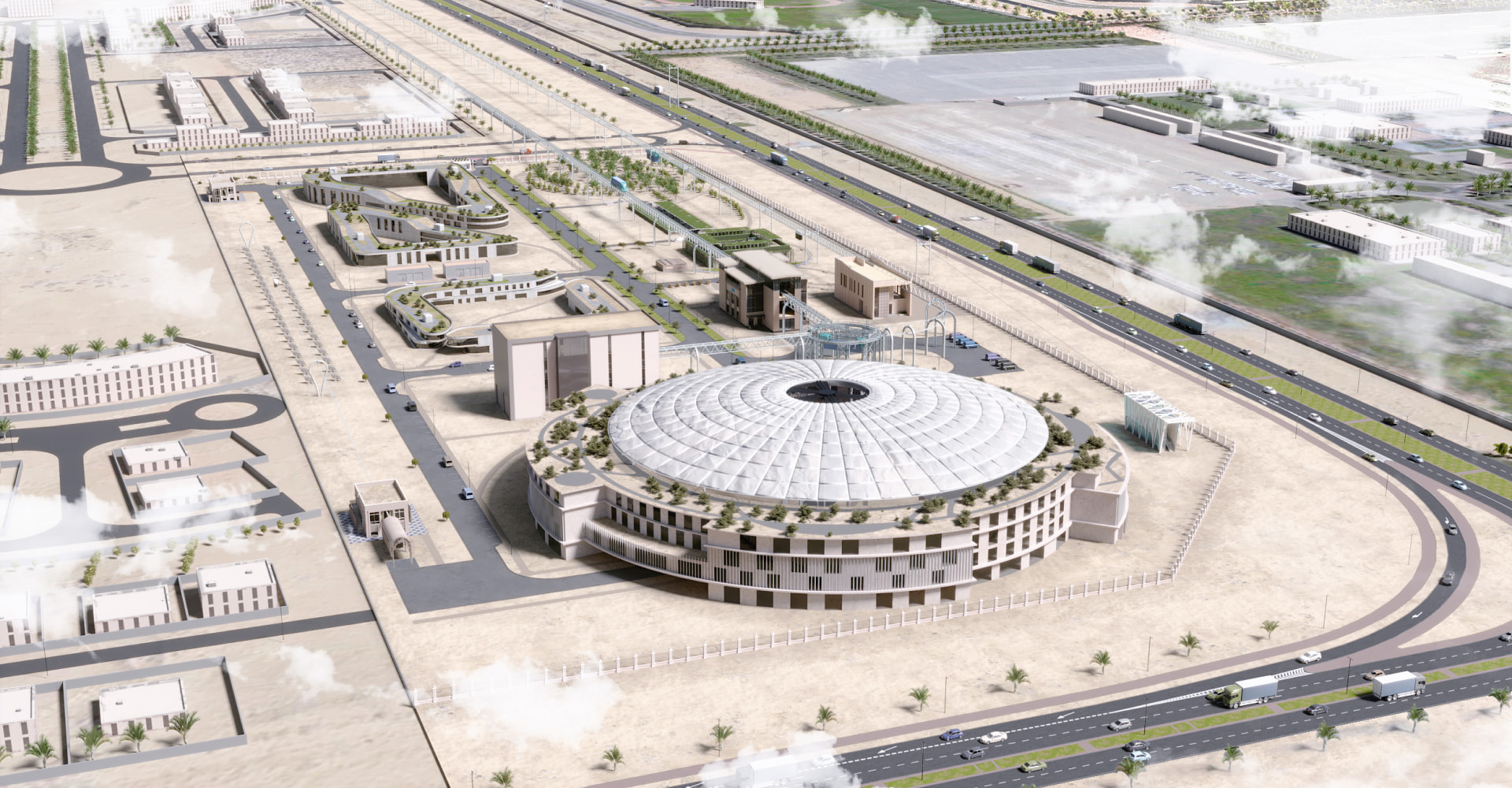 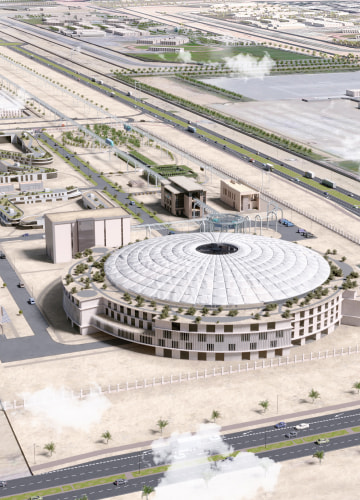 The rolling stock already tested in the Belarusian EcoTechnoPark is showcased on a flexible type of string rail overpass. In addition, uSky functions as a base for R&D activities in the natural and climatic conditions of the tropics, which will enable the future development of the string rail network in the area and around the globe. 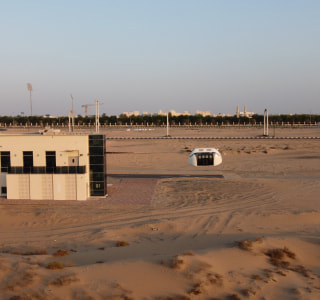 The uSky Center is part of the SRTIP Research Technology Park, affiliated with the American University of Sharjah. It is expected to provide transport communication for local campuses and to serve as a showroom in the Middle East.

The R&D center has a transport and infrastructure complex with the flexible 400-m track structure, anchoring structures, stations, control room, repair shop and other auxiliary premises. Different models of string transport are demonstrated, which are passenger four-seat uCar and cargo uCont for transportation of 20-ft shipping containers. 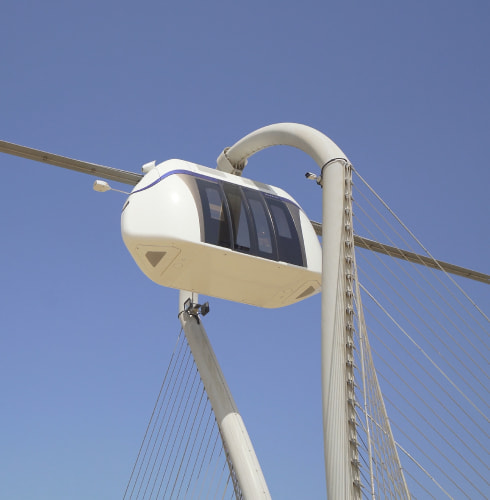 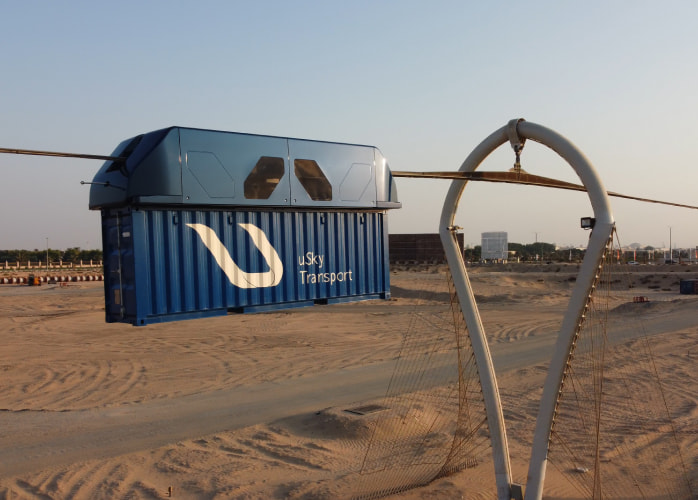 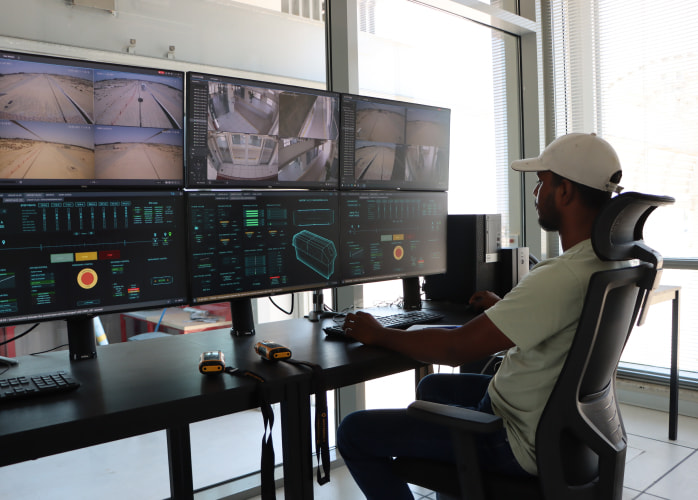 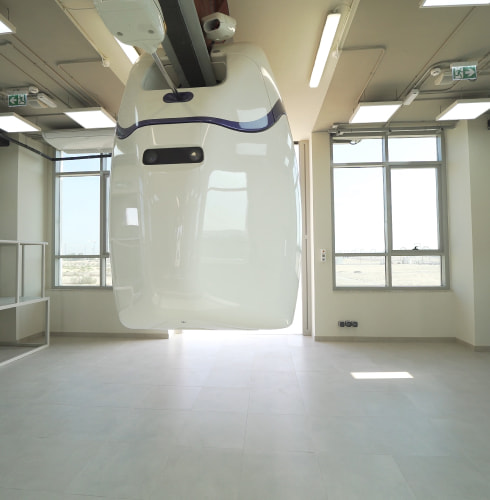 In August 2021, the uSky Center held certification activities on the safety requirements of the transport and infrastructure complex.

An independent international company TUV SW confirmed the safety of the tropical complex developed by Unitsky String Technologies Inc. The certificate of conformity covers all major elements of uST complex: 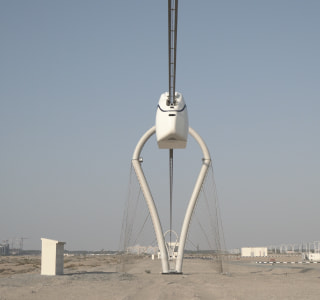 The advantages of the transport and infrastructure complexes demonstrated at the uSky Test & Certification Center have already been recognized by a number of high-ranking guests interested in deploying uST in their regions. King Letsie III of Lesotho, Brazil’s first astronaut Marcos Pontes, Colombia’s Transportation Minister Angela Maria Orozco Gomez, Rwandan Ambassador to the UAE Emmanuel Hategeka, owner of a major construction company in the UAE Mawarid Group Mohamed A. Al Eid, Brazilian Ambassador to the UAE Fernando Luiz Lemos Igreja, as well as hundreds of other distinguished guests from more than 30 countries: businessmen, diplomats, government officials and representatives of the transportation industry. 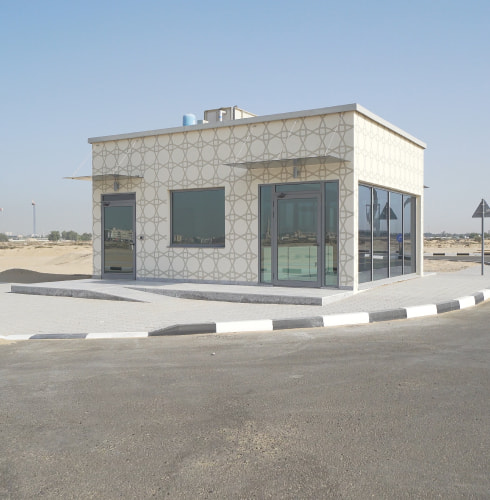 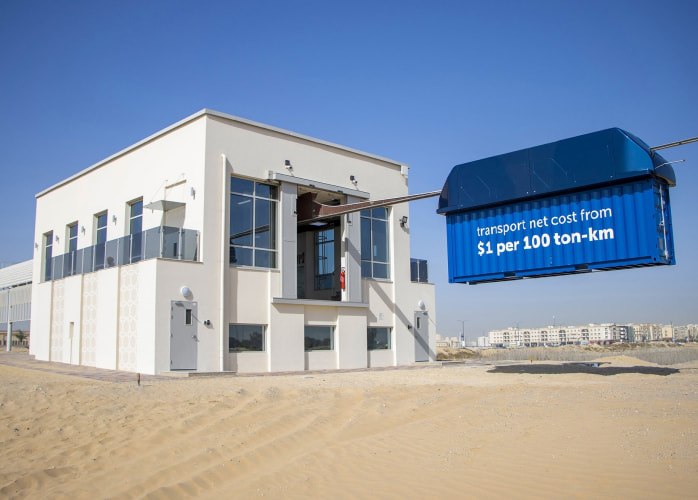 uSky Test and Certification Center, Sharjah (UAE), 2020. On the left — a checkpoint on the territory of the Center, on the right — a uСont in a tropical design left the cargo and passenger terminal 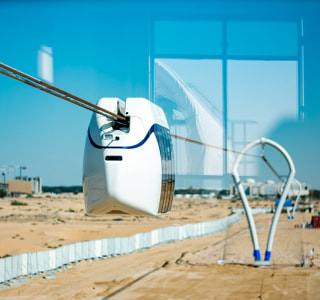 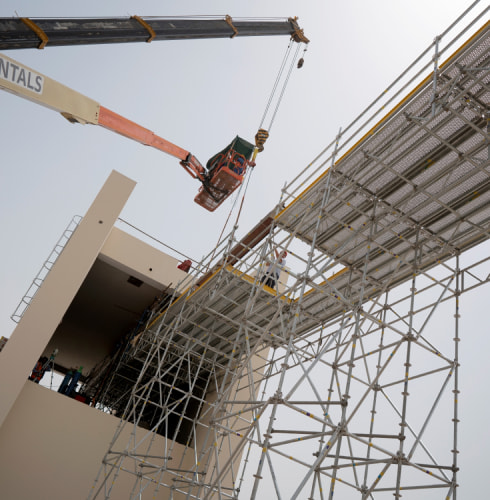 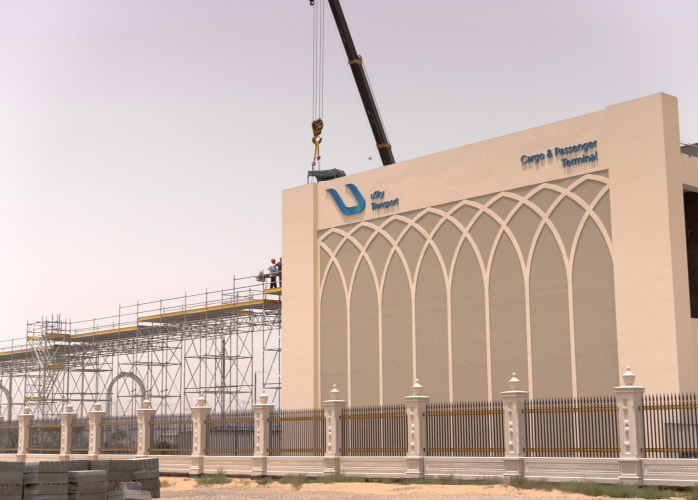 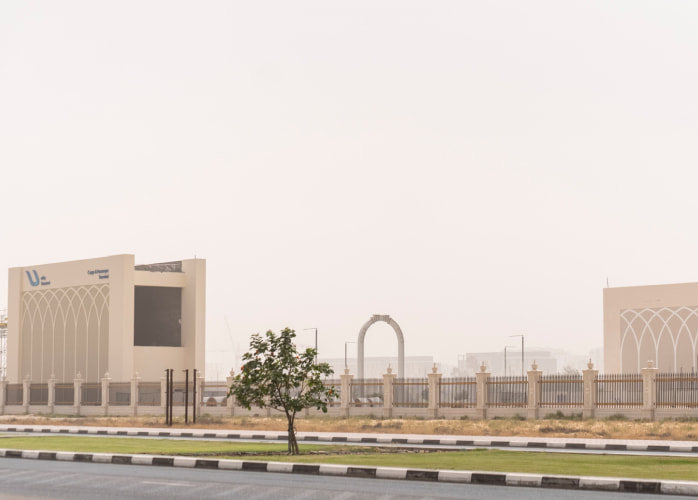 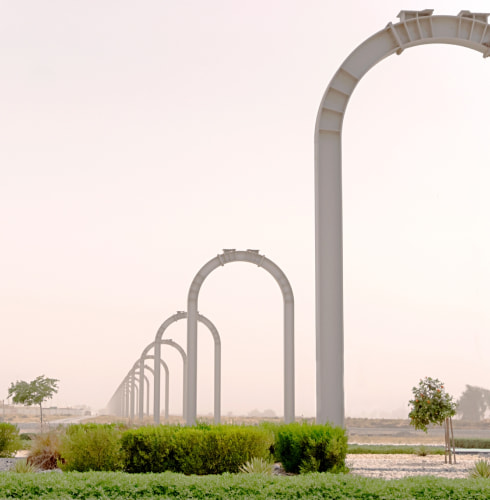 Infrastructure facilities in the Center 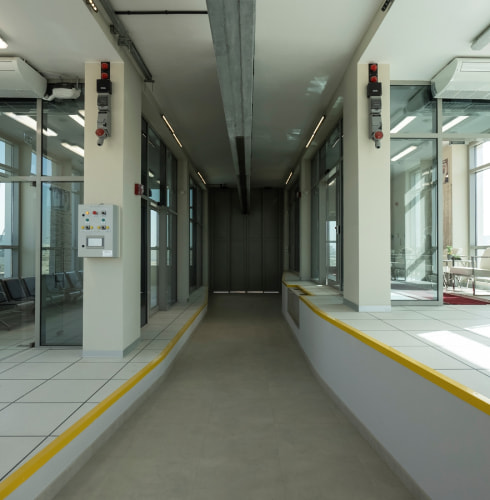 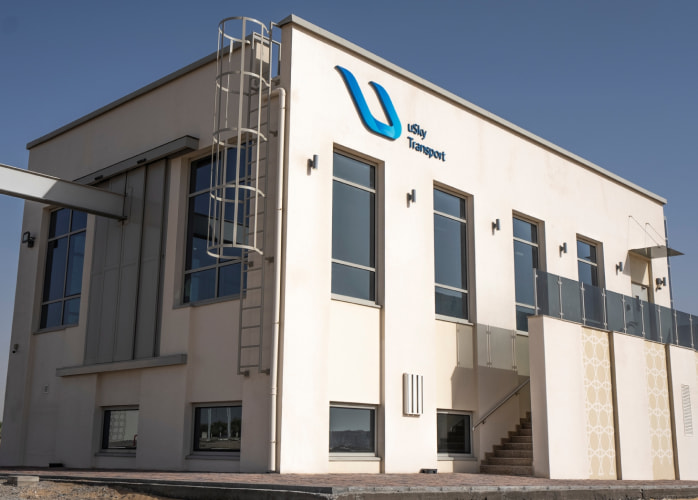 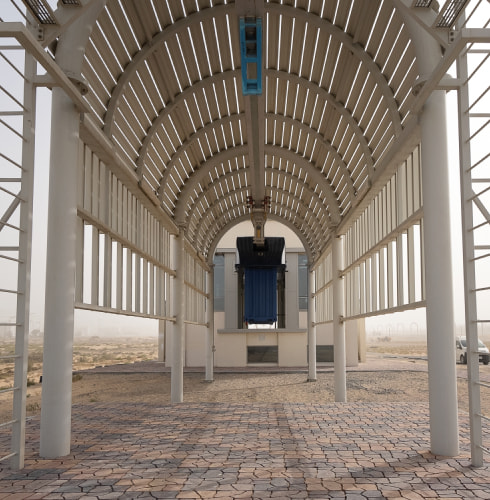 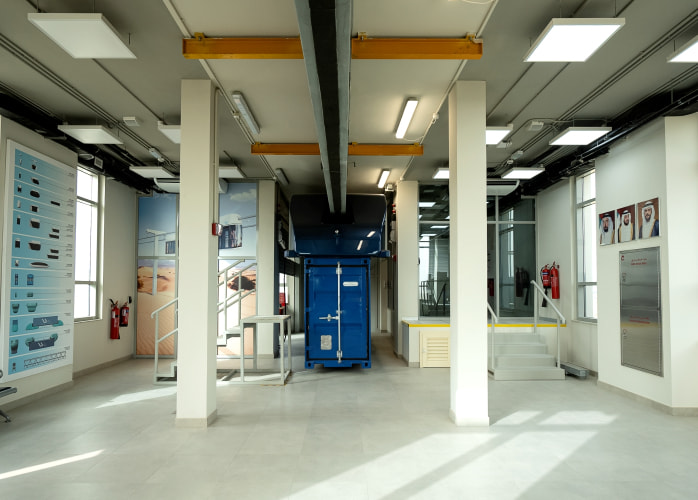 The control room is intended for collection and analysis of information and operational decision-making. 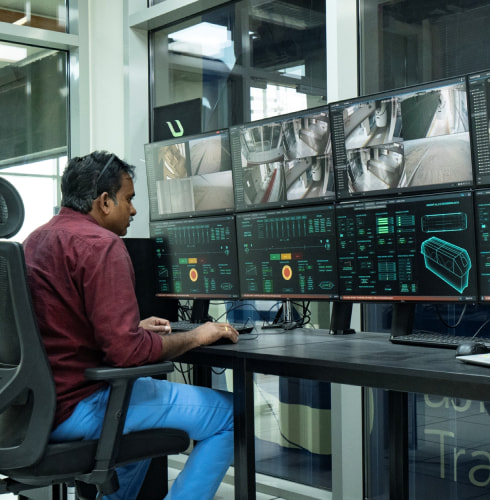 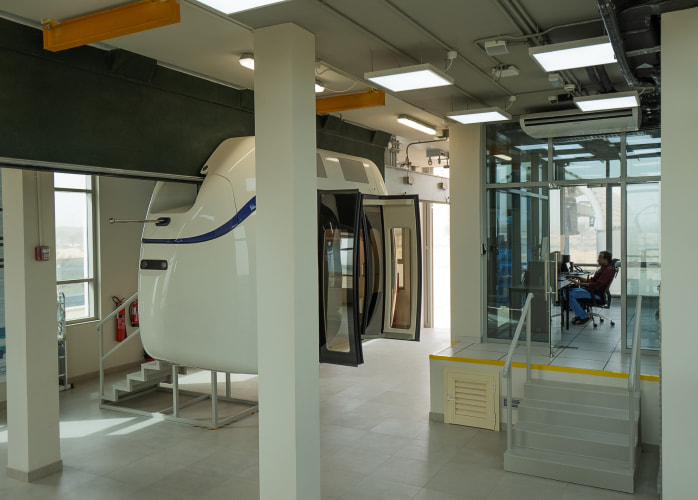 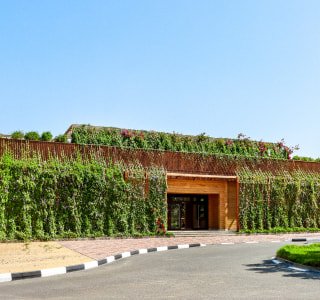 uSky Test & Certification Centre, Sharjah (UAE), 2022. EcoHouse — an oasis in the middle of the desert 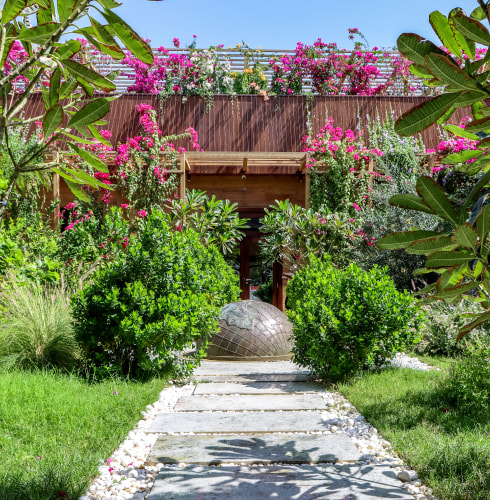 Thank you for your interest in uST Transport & Infrastructure Solutions. For more information, please include your contact details and answer a few of our questions. Use the online form below.

Please answer all questions, if possible, so that we can provide a more complete answer for you.

Please fill out one form for each project individually.